Join our small group to Morocco for 12 nights and learn about the local agriculture and the Moroccan culture.

Arrival in Casablanca. Welcome and assistance meet our local representative from waiting for you at the arrival hall with a sign with your names on. Transfer to Rabat, the capital of Morocco and an Imperial city located along the Atlantic Ocean

Rabat, Morocco's capital, rests along the shores of the Bouregreg River and the Atlantic Ocean. It's known for landmarks that speak to its Islamic and French-colonial heritage, including the Kasbah of the Udayas. This Berber-era royal fort is surrounded by formal French-designed gardens and overlooks the ocean. The city's iconic Hassan Tower, a 12th-century minaret, soars above the ruins of a mosque. 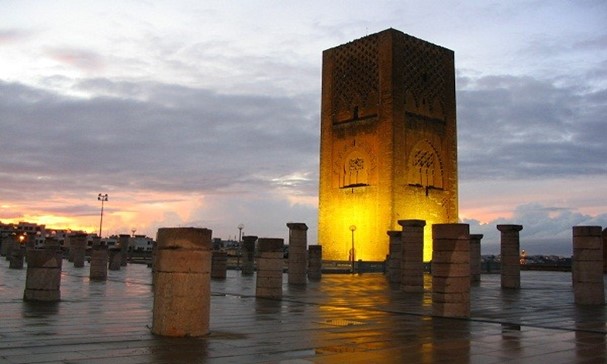 Enjoy lunch at local restaurant. After lunch, check in at your hotel.

After breakfast at the hotel begin your Sightseeing of the “Imperial garden city” Rabat: Rabat is the political capital of the Kingdom since 1912.The well-planned city consists of broad tree-lined avenues, a landscaped central park, and impressive quarters for the foreign embassies and ministries.  Begin de visit with The Hassan Tower, the minaret of the great mosque, Mohammed V Mausoleum, the Kasbah of the Oudayas, the Medina, the Royal Palace within the walls of the Mechouar, the city gates & Chellah necropolis

Departure to MEKNES the Imperial city and the “Versailles of Morocco, dating back to the 8th Century.

Enjoy a lunch at local restaurant in Meknes.

City tour of Meknes:  Meknes is located in a strategic position in the heart of Morocco, to its south and south-east are the rich cedar forests and mountains of the Middle Atlas Mountains with the cities Ifrane and Azrou; and more to the south are the rich oases of Tafilalt.

The sightseeing begins with a tour of the walls with monumental gates dating from the seventeenth century Berdaïne Bab, Bab Khemis. Continue exploring the city by the stables (Rua) and attics (HERI). Stop at the Mausoleum of Moulay Ismail, the only mosque that non-Muslims could visit in Morocco for a long time. Exit through the famous Bab Mansour on the vast square Hedim. On the other side of the square, visit of the Museum of Moroccan Art "Dar Jamai" offers a wide variety of handicrafts for you to see

The Agricultural sector contributes with 19% to the National GDP, divided between Agriculture (15%) and Agro industry (4%). This sector employs over 4 million people including about 100 000 in agro industry

The New Agricultural strategy, Green Morocco Plan, established by the Ministry of Agriculture and fishing, aims to consolidate the success achieved and to meet new challenges facing Morocco’s competitiveness and opening of Markets.

Continue to Fes.  Arrival, check in at the hotel. Dinner and overnight

Breakfast in your hotel, and then start an explorative journey of Fes: the oldest cultural and spiritual imperial city in Morocco. Begin with the Medina where you will visit the many hidden treasures that only the inhabitants of the place know about. Fes served as the capital of Morocco for more than 350 years and is home to the University of Al Karaouine, the oldest operating university in the world, Medressa Bouinania. Your guided tour will take you to the Nejjarine Fountains and the famous Tanneries. Visit countless Souks.

Lunch at a local restaurant in the Medina

Afternoon, visit of the Medina

Visit to the famous ceramic factory, and then you can enjoy a wonderful panoramic view over the whole Medina of Fes.

Dinner at the hotel

After breakfast, Departure to Erfoud, by way of Atlas Mountain Berber villages and the ski towns of Ifrane look more like Switzerland than Morocco!)

Stop in Midelt (for lunch) and Errachidia along the way.  Visit of the Blue Meski a magnificent place, lost in the middle of nowhere.

Continue to Erfoud. Erfoud is the gateway to one of the most beautiful natural sites in the world,

Drive by 4x4 from Erfoud, 55 km (about 1 hour 15 minutes), on route you would stop at a fossil quarry and visit the lake. If there is water, you have to witness a spectacular cluster of wild birds.

Arrive at the spectacular dunes of Erg Chebbi which were featured in the film Lawrence of Arabia.  The dunes are a majestic sight, and you can spend as much time as you like walking among them as you witness the sunset. Some folks bring a bottle of wine and claim to have a “mystical experience” there.

Merzouga is a village in the Sahara Desert in Morocco, on the edge of Erg Chebbi, a 50km long and 5km wide set of sand dunes that reach up to 350m high. Most people are here to take a camel safari into the dunes, and to get a taste of remote (tourism-influenced) Berber life. Winter months (November to February) are cool but sunny, with daily high temperatures only slightly over 10 C, and cold nights. Spring until April is pleasant, with temperatures from 25 C up to 30 C in the afternoons, and with cool nights. Summer months are hot. In winter and spring there is occasional short rain or drizzle (a couple of days per month, on average), but heavy rain is unusual.

Dinner and overnight at a Berber camp (Bivouac)

Early wake up in the morning, at 5am to witness the unique sunrise: admire and watch the pink disc of the sun appearing over the gigantic dunes of Merzouga.

After breakfast:  Morning departure via Tinejdad and Tinghir road with its magnificent Kasbahs.

Stop at Todra gorges - the highest, narrowest gorges in Morocco. Here you will have the option to hike for an hour within the valley, where you will meet locals and learn about the culture and geography. Lunch at local restaurant. 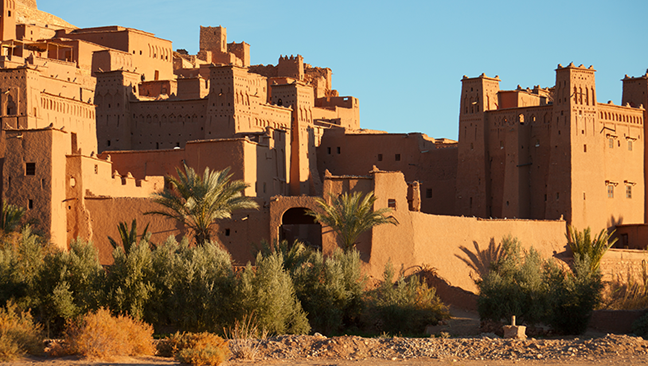 Visit the city built as a garrison and administrative center by the French, but today serves as the Hollywood of the Kingdom, center of the country’s film industry, and many movie and TV stars stay in the area when filming. (The Mummy, Lawrence of Arabia, Jesus of Nazareth, Babel, Gladiator, and many other biblical motion pictures were filmed in this region).  Despite the activity of the filming, the town itself is dusty and basically serves as a central point to make excursions to the surrounding areas

Check in at your hotel. Dinner and overnight.

Visit Kasbah Ait Benhaddou listed as a UNESCO World Heritage site and served as a decor for filming international movies as well as a major economic and cultural crossroad since ancient times. Visit of this fortified village, the most spectacular fortress in the south of Morocco of glawa's land.

Departure to Marrakech through the Tichka pass (2260m) Lunch en-route

Before arrival to Marrakech, we will stop at one of the farms in the area which specialized in the culture of the melon “Charentais” & of “Clementine” 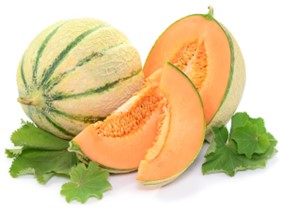 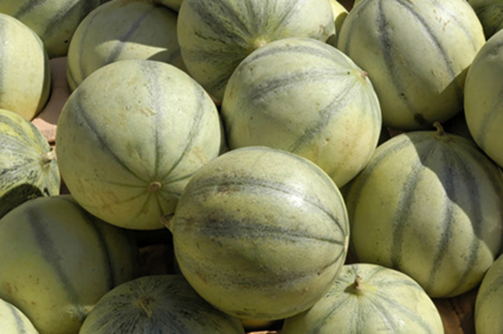 Meet a Technician from ORMVAH: “Regional board of Agricultural Development of Marrakech EL Haouz”. -TO BE CONFIRMED.

Continue to your hotel for check-in 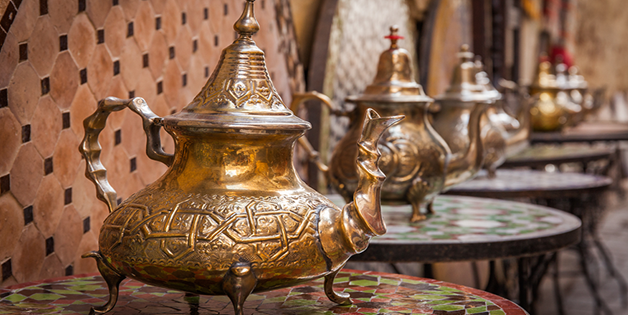 Breakfast. Morning sightseeing in this beautiful city, known as the “Pink Pearl of the South” includes the 16th century Saadian Tombs, the fragrant Menara Gardens, the famous Koutoubia Mosque and the magnificent Bahia Palace with its extraordinary tiles, opulent courtyards and fountains built by Sultans amidst a two-acre garden.

Explore the botanical treasures of Marrakech. Visit the famous Majorelle Gardens, designed by the French Artist, Jacques Majorelle in 1924, and purchased by Yves St Laurent in 1980.Some 300 species of plants from 5 continents, including cacti palms and aquatic plants.

Then, on to Djma-el-Fna Square, the heart of Marrakesh, where after sunset the fortune tellers, acrobats, vendors, snake charmers and magicians put on a never-ending show.

Lunch at a local restaurant in the Medina

Tea ceremony with a head chef, Master class in making Tagine in a cooking school

La Maison Arabe has taken our world-renowned cooking workshops to a different level, located at the Private Gardens just outside the city.

The school is set in an organic kitchen garden, so participants can pick up vegetables and herbs they’ll use to season their delicious Moroccan tagines

The cooking classes are run by the dadas of La Maison Arabe, who have been sharing their culinary secrets with thousands of guests over the years.

The school boasts 16 individual work stations, each equipped with a closed-circuit screen, so participants don’t miss a single key step or spice.

After breakfast, enjoy your day at leisure to discover this beautiful city on your own with your personal car and driver at your disposal. Lunch on your own

In the evening, we enjoy a dinner - at a typical Moroccan restaurant with an accompanying folklore and fantasia show -served under caïdal tents while enjoying the performance complete with belly dancers, as well as camel and horse shows 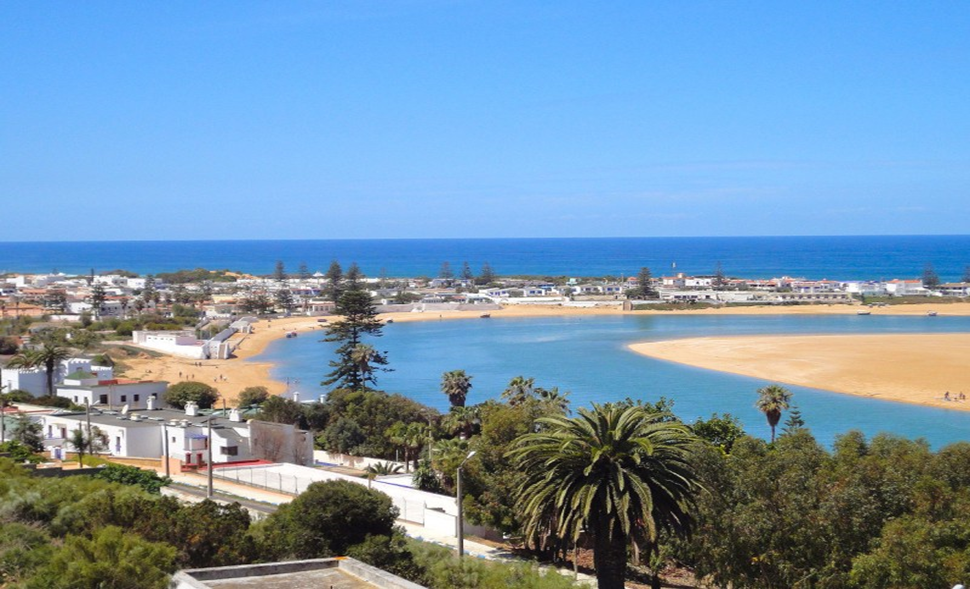 Breakfast in the hotel. Departure to El Jadida. Visit of El Jadida, a former Portuguese port, is actually a beach resort offering all seaside amenities. (Mazagan Beach resort etc.) Discover a stylish and beautiful town, retaining the lanes and ramparts of an old Portuguese medina.

Visit of the Portuguese ruins next to the pier where some canons, used during battles between Portuguese, Spanish & English armies, are still witnessing the great importance of this town .Continue to the Portuguese Cistern with its 25 arched Gothic pillars, together with the shallow pool of water and a rooftop opening in the middle of this hall, creating the most famous reflection image of the world.  This beautiful effect had attracted Orson Wells, who filmed scenes of Othello there.

Some time to relax and transfer to hotel in the afternoon. Check in at the hotel

Breakfast in the hotel.

El Jadida is a port city on the Atlantic coast of Morocco, located 106 km south of the city of Casablanca in the region of Doukkala-Abda and the province of El Jadida. It has a population of 194,934. From the sea, El Jadida's old city has a very "un-Moorish" appearance; it has massive Portuguese walls of hewn stone

Day at leisure at the beach or for Activities and Relaxation

Breakfast in the hotel. Day at leisure at the beach or for Activities and Relaxation

Begin the sightseeing of Casablanca a chief port is the financial, commercial, and manufacturing center of Morocco and the largest city in Africa. Nestled within the protection of the ochre-colored ramparts, is a gleaming white city featuring a minaret that reaches up to touch the clouds?

Explore the "The White City", driving through the wide avenues and walking the narrow streets of the Medina. Your first treat is a panoramic drive through the city of Casablanca to view the Royal Palace, the architecture of Place Mohamed V, Anfa, the residential area and explore the romantic beachfront with its world-famous shops, restaurants, and nightclubs.

See the famous Hassan II Mosque where you will have the option to visit the interior. Recently built, it is the largest in the world outside Mecca. Lunch at local restaurant (fish restaurant)

Check in at your hotel 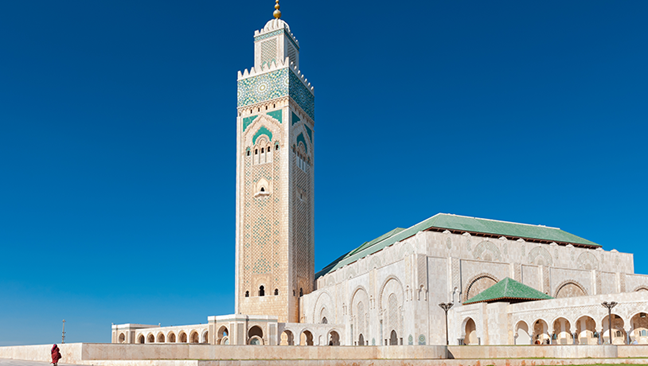 Farewell dinner at Rick’s Cafe Casablanca which is a restaurant, bar and café located in the city of Casablanca, Morocco. Opened March 1, 2004, the place was designed to recreate the bar made famous by Humphrey Bogart and Ingrid Bergman in the movie classic Casablanca

Ø  12 nights’ accommodation in fist class hotel with half board meal plan.

Ø  Lunches at the suggested restaurants or Similar

Ø  English speaking tour-guide at disposal during the tour

Ø  Entrance fees to the monuments during the sightseeing tours